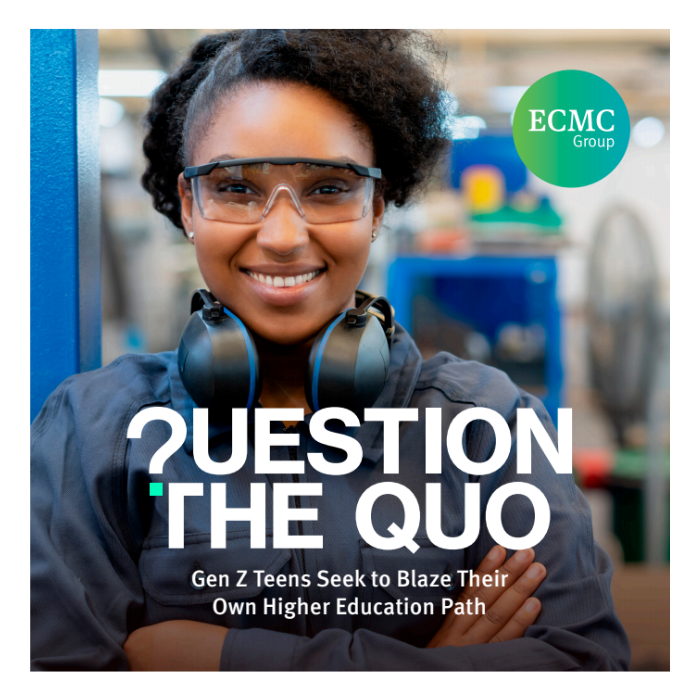 In early 2020, ECMC Group, in partnership with its affiliates ECMC Education and ECMC Foundation, set out to gather insights from Generation Z high school students age 14-18 about how they were viewing their educational path after high school. National data collected through this effort would serve as the cornerstone of a national public awareness campaign that sought to empower students to take the career path that is right for them.

Shortly after fielding an initial survey of high schoolers, the COVID-19 pandemic began, disrupting the lives of these students as well as the world at large. It also created the need to gather additional data to ensure the premise uncovered from ECMC Group’s initial survey held true in the new environment.

As the pandemic wore on and its impacts expanded, ECMC Group chose to survey high school students again in January 2021 after respondents had spent a full year in a “new normal” education environment and in September 2021 when students had returned to the classroom. The findings from the third and forth surveys were more striking:

IN THE END, THE FINDINGS POINT TO A SHIFT IN MINDSET:
While the four-year college path has become the “status quo” for many, a majority of today’s Gen Z teens are questioning this path and are looking to pursue more affordable education options that connect directly to careers.